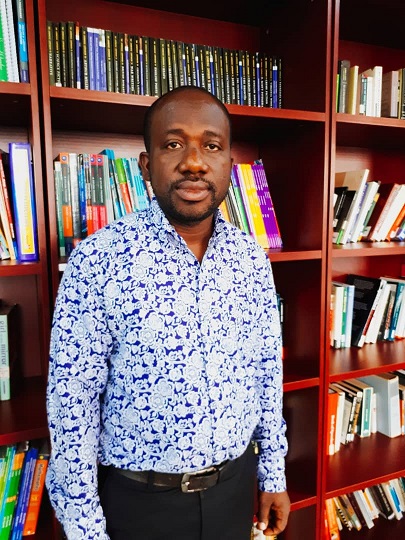 John Afrim gained admission to the University of Ghana, Legon, to read for a Bachelor of Science degree, combining Mathematics, physics and Chemistry.

He graduated in Mathematics as a Single Major Subject in 2001.

After graduation, he was recruited by the university’s Head of Mathematics Department to fulfill the National Service requirement with the department, lecturing Level 100, 200 students.

He then gained admission to pursue his MPhil Mathematics program at the University of Ghana 2009 and graduated in 2011. In 2015, he also attended the IBDP Mathematics Higher level Category 2 Workshop held in Dubai.

He then Joined SOS-Hermann Gmeiner College as an IB and IGCSE teacher from 2013- 2018.

One of his favourite quotes is by Paul Dirac: “God used beautiful mathematics in creating the world”.

John holds the belief that mathematics should be enjoyed in and as well as outside the classroom.